Founded in 1992, Alidays has always remained faithful to a core of inalienable, fundamental values, which could be summed up in the idea that travel is an intangible, incorporeal and, therefore, invaluable and lasting asset, as it pertains to the Person, to his memory, to his life.
Ours is an anthropocentric approach: we try to build journeys starting from the Traveler, from the Man, thus adhering to a concept of consultancy in the sense of listening, interpreting, understanding, dialoguing.

Italy, made to measure

Alidays is strongly linked to its Country, to its millenary history, to the beauties of a wonderful land, of which it tries every day to interpret the inventive spirit, the craftsmanship, the meticulous attention to detail, which are the hallmarks of the Made in Italy. Its attention to the Person is inspired by the great ideals of Italian Humanism.
It was therefore physiological combining the consolidated outgoing programming with a new project, in continuity with the physiognomy that the company has taken on in twenty years: exporting Italy to the world, according to a conscious travel logic, attentive to the values ​​of discovery, knowledge, personal enrichment.
To this end, our destination experts have created a range of itineraries and activities that allow you to immerse yourself in the soul of the Bel Paese, to fully discover its different territories, selecting prestigious hotels and structures, intimately linked to local contexts, where a stay in itself represents an unforgettable experience. 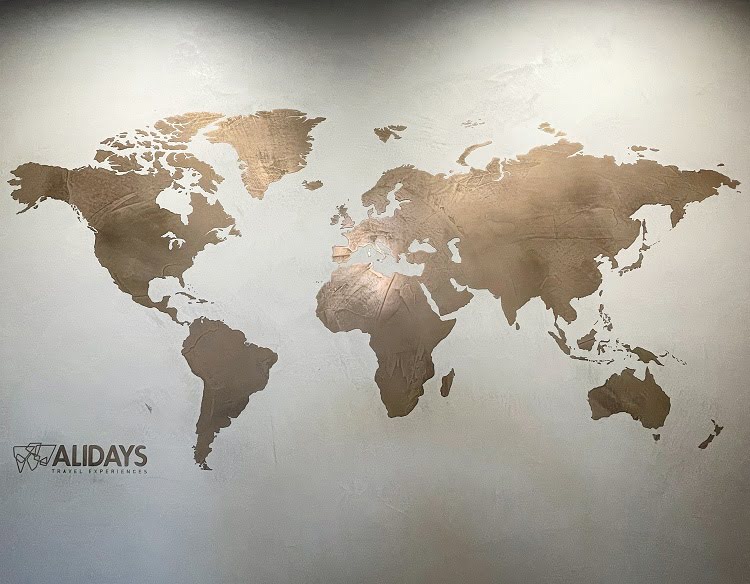 The focal point that guides Alidays’ philosophy overall is, through the Journey, the Person. We pursue the goal of allowing the traveler to take delight in the abundant variety of the world in its many manifestations, geographical, scenic and naturalistic, cultural and historical, with our commitment and dedication; to search for himself, the leading actor, in a changing context in time and space, to discover and recognize himself in it, inevitably finding himself changed, richer. This legacy, which is not limited to the duration of the journey, is preserved forever.

Alidays has been the creator of travel experiences since its birth in 1992. The daily dedication of its Staff has made Alidays a point of reference for all those who require not only a unique service, but above all a consultancy capable of inspiring in terms of thematic contents, territorial peculiarities, ideas and curiosities.

For Alidays, the Person is central above all within one’s home. Our specialists are first of all travellers themselves. Thanks to the inexhaustible desire to explore the world, they are able to provide global advice, ranging from the description of a given hotel to the best kept secrets known only to the locals. When they suggest solutions and itinerary ideas, they draw on their experience as travellers. They share it, they make it available. The only risk coming into contact with us is that you will no longer be able to live without travelling.

NO TRIP IS THE SAME AS ANOTHER

Throughout its history, Alidays has never created a trip identical to another. And yes, we are referring to several thousand departures. “Made To Measure” is its trademark: Alidays considers the Person the primary value of its business, and since no two People are alike, in light of our operational approach, no two exactly coinciding journeys can exist. Patient, sartorial care, by matching and harmonizing the desires of the traveller, his individual physiognomy, the peculiarities of the destinations, the services, the experiences: this is where our relentless pursuit of perfection and our strength reside.

THERE’S NO “I HAVE ALREADY BEEN THERE”

A traveller who returns to an already visited place will never experience the same journey: both he and the destination would, in the meantime, have become different. Their new encounter, as in a game of mirrors that reflect each other, will multiply the change that has taken place. The traveller will pay attention to and grasp peculiarities and details that did not interest or appeal to him previously. Thus, the destination will show unknown faces, bare previously hidden secrets, show itself differently from the memory the traveller had of it, in an iridescent intertwining of past and present: it too does not stand still, but changes, as well as in itself, in the eyes of anyone observing it. Alidays’ challenge is, together with the traveller, to participate in this incessant process of change.

ITALY, HARMONY FOR THE SOUL

“All over the world, as far as the celestial vault extends, the most marvelous region of all is Italy”, wrote the historian “Pliny the Elder” two thousand years ago: the “Bel Paese”, the “Garden of Europe”, encases, from the Alps to the Mediterranean, spectacular landscapes, in which one can perceive the fruit of a wise, harmonious balance between nature and man, great cities of art and fabulous villages, a complex and incomparable food and wine tradition, the dense testimonies of a millenary civilization, substantiated by fruitful crossroads of peoples and cultures, modern production districts, where artisanal passion marries technological innovation. The goal that Alidays pursues is to bring out, in their variegated, surprising splendour, the innumerable faces of Italy.

The daily commitment, the constant search for professional improvement, the love for work, have allowed Alidays a constant growth: from the initial staff of two People and a boxer dog, Alidays’ historical mascot , the team has expanded up to 75 components, with a turnover, in 2019, of over 76 million euros.
Here are some of the People who collaborate with the destination Italy:

Alidays headquarters is a home, a place of hospitality and of meeting. Every client, supplier, colleague and any other associate is welcome here, to converse, exchange ideas, learn and especially to be let in our world and the dynamics that animate it from within. And all of it by being together…

In February 2018, Alidays moved to its new offices of around 1100 square meters, spread over three floors of a historic building located in via Adige 20, in the pleasant Milanese district of Porta Romana, the southern entrance to the city, developed from the 19th century outside the circle of the Spanish walls.

The engine of this urban growth was the inauguration, in 1891, of the Porta Romana railway yard. Since then, numerous industrial activities began to settle and a very vital workers’ district took shape, testified by the well-preserved fabric of industrial archeology to which Alidays’ headquarters also belongs, located in the original building of the former Molino Besozzi Marzoli – place of birth of the Grain Exchange – built between 1911 and 1912.

This metamorphic process was immortalized in various works by one of the fathers of Italian Futurism, Umberto Boccioni, who lived between 1909 and 1912 in the beautiful block of via Adige 23 between 1909 and 1912, where a plaque commemorates the illustrious tenant today, right in front of our headquarters. The painter did not fail to mention his home in the famous portraits of her mother on the balcony: in “The road enters the house” (1911) he painted the excavation works of the foundations, while in the masterpiece “Materia” (1912) the three monumental passages of access that open onto the façade of the building-

Over the years, Alidays has obtained significant awards and recognitions, assigned to us by important players in the tourism sector and the economic world.
They represent the stimulus to increasingly continue and improve our job, in which professionalism, technology, consultancy and storytelling converge towards a common goal: the Person.

After the 2015 and 2016 editions, Alidays won again the prestigious Chairman’s Circle Honors in 2020: a great privilege, an award assigned by the U.S. Travel Association, the American tourism industry, and Brand USA, to local and international companies that stand out for the volume of travelers generated to the United States, as well as for the quality of the offer, in terms of variety and richness of content. 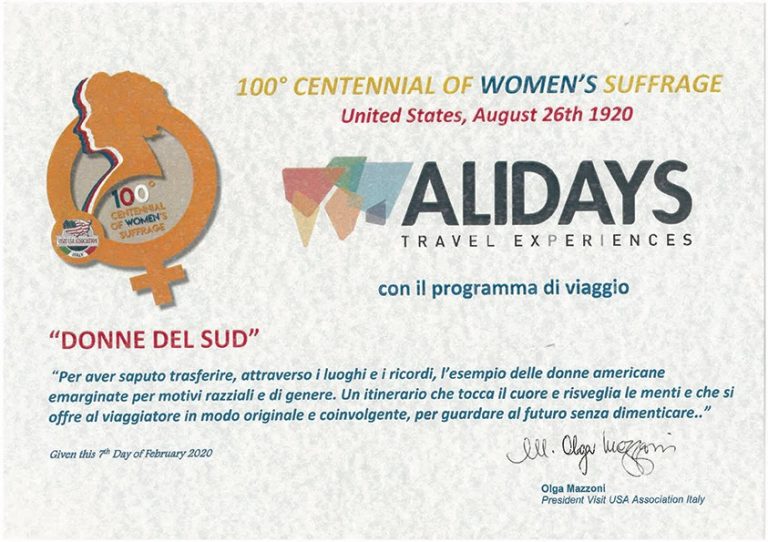 On the 7th of February 2020, a jury of eight female journalists, awarded Visit USA’s 100th Centennial of Women’s Suffrage to the Alidays “Women of the South” itinerary, created to celebrate the 100th anniversary of women’s suffrage in the United States, with the following motivation:

“For having been able to convey, through places and memories, the example of American women marginalized for racial and gender reasons. An itinerary that touches the heart and awakens the minds and that offers itself to the traveler in an original and engaging way, looking to the future without forgetting.” 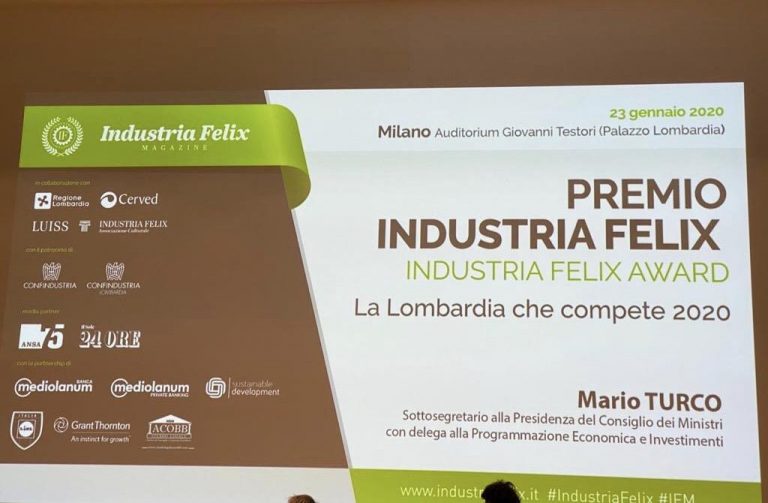 Industria Felix Award 2020
The award was received on Thursday, the 23rd of January 2020 in Milan at the Testori Auditorium in Palazzo Lombardia, on the occasion of the Industria Felix Award, which attested, out of 32 thousand financial statements examined, the 58 Lombard companies that distinguished themselves for management performance. The survey, presented during the event, was conducted with the Cerved Research Department, analyzing the 2018 financial statements of Lombard joint-stock companies with turnover over two million euros. Now in its fourth edition, the award is organized by the quarterly Industria Felix Magazine, in collaboration with Cerved, Luiss Guido Carli University, Lombardy Region, A.C. Industria Felix, with the patronage of Confindustria and Confindustria Lombardia. The event boasts the partnerships of Banca Mediolanum, Mediolanum Private Banking, Lidl Italia, Sustainable development, Grant Thornton, Iacobbi law firm. Media partners of the event are Ansa and Il Sole 24 Ore. 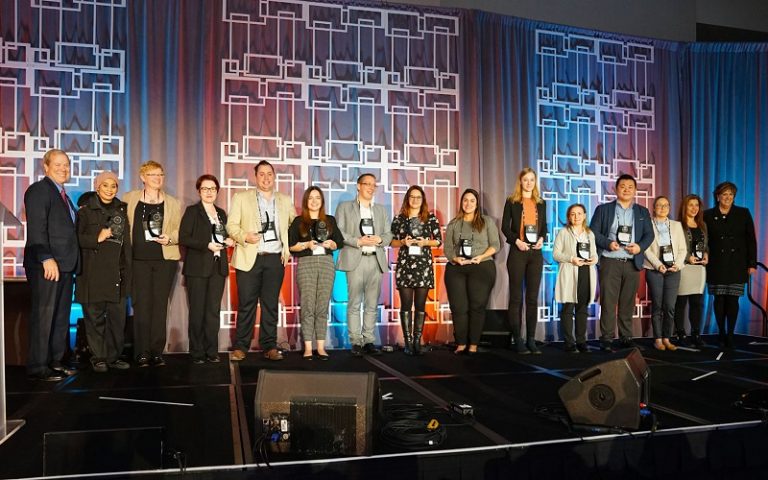 Alidays Travel Experiences is the only Italian company, among the 14 awarded, to have received the Travel South USA Ambassador 2018, a recognition issued each year by the Board of Directors of Travel South USA to American and international operators who have excelled in promoting tourism to the twelve states that make up the southeastern region of the United States, significantly favoring the economic development of the area. Among the criteria taken into consideration for the assignment of the Travel South USA Awards are the turnover in the South East of the USA, the variety of tourism products offered, divulgence and communication, promotion channels and involvement in programming Travel South USA events. 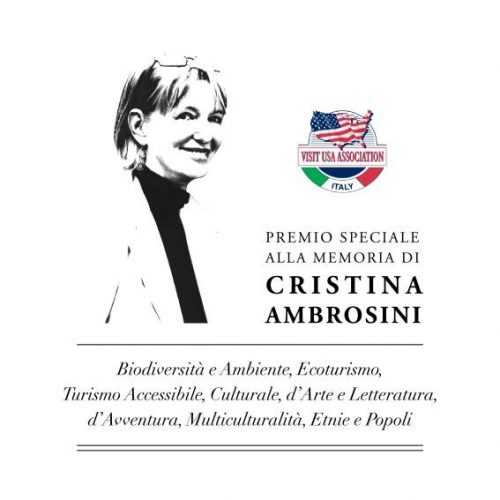 Alidays won the Tourism Art & Literature award, established by Visit Usa Association Italy as part of the “Special Award in Memory of Cristina Ambrosini” competition, now in its second edition, during the USA-ITALY 2017 SHOWCASE held in Naples .
Alidays participated with a literary-themed travel development project created by the internal editorial staff. “Fluidblog’s” articles, focused on twentieth-century American literature, are a product that, in harmony with Alidays’ corporate philosophy, declines tourism in an experiential key and aims to highlight American cultural wealth.

The business model and travel philosophy pursued by Alidays have repeatedly attracted the attention of the university world, with degree theses and scientific studies.