Home / The cities of opera

The cities of opera

Ever since the first manifestations of the late Renaissance and Baroque periods, the history of opera has been inextricably linked to the Bel Paese, which dominated the eighteenth-nineteenth century melodramatic scene thanks to its supreme composers, librettists, singers and conductors, almost obscuring other national traditions. This journey, which starts in Milan and ends in Venice, with a stop in Verona in between, summarizes the excellence of the Italian opera, recounting episodes, visiting symbolic places, such as La Scala and La Fenice, and learning about legendary characters. 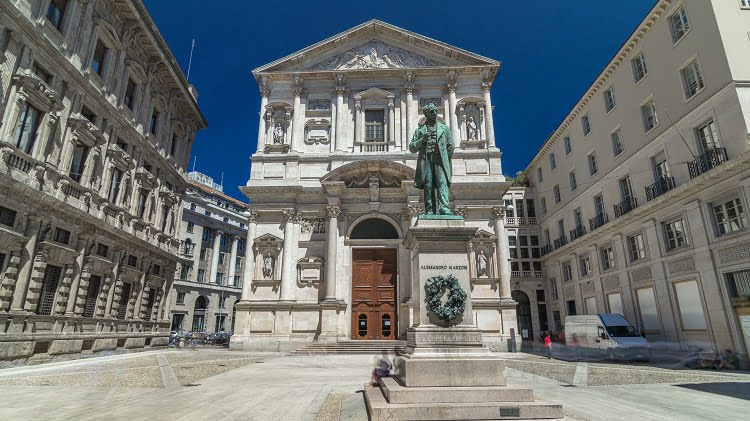 Upon arrival at the airport, meet with our driver and transfer to the Bulgari Hotel. In the afternoon, enjoy a guided tour to discover, from the outside, the main city sites connected to music, from the Royal Palace to the Teatro dei Filodrammatici, where Giuseppe Verdi‘s first real “Milanese” debut took place, to Piazza della Scala, where you can admire one of the most famous theaters in the world, to Piazza San Fedele and the Conservatory: for at least two centuries, Milan has been one of the undisputed capitals of the opera, and the most important composers, musicians, librettists and singers who have made their mark on the history of the genre passed through here at least once in their lifetime. At the end of the visit, walk by the Grand Hotel et de Milan, where Giuseppe Verdi died on the 27th of January 1901 in one of its rooms, and finally, take part in an unmissable “Milanese” ritual, the aperitif, or happy hour (car at your disposal). Have dinner at leisure (Milan offers a wide choice of restaurants, from the historic ones to the Michelin-starred ones, and we are happy to advise you according to your taste) and return to the hotel. 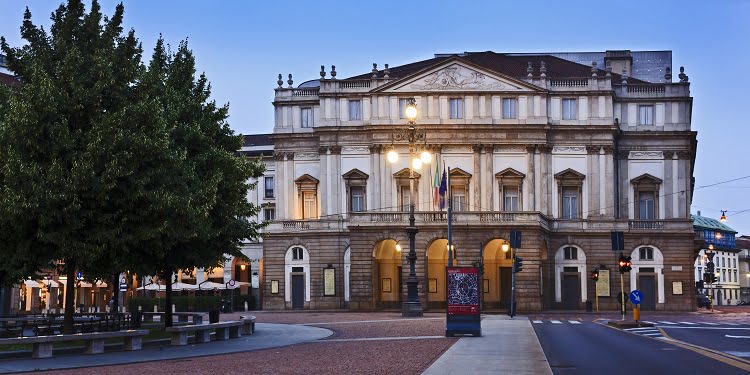 Have breakfast at the hotel and meet with our guide for a day dedicated to a real Temple of Music, La Scala, inaugurated in 1778 and designed by the neoclassicist architect Giuseppe Piermarini, with a visit to the Theatre Museum, the hall and the boxes, ending with a visit to the Atelier-Ansaldo workshops, where sets and costumes are created (car at your disposal). Return to the hotel and enjoy some free time to relax or go shopping. In the evening, you can have the option of attending a performance at La Scala, with a classy “post-show” dinner in one of the city’s historic restaurants. Return to the hotel, enjoy dinner at leisure and rest for the evening. 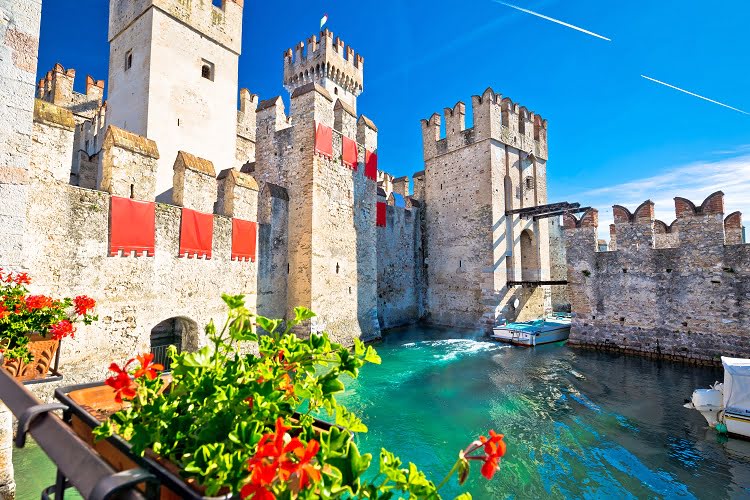 Have breakfast at the hotel, meet with our driver and transfer to Verona with a stop in Sirmione, on Lake Garda, where we recommend lunch at leisure in a Michelin starred restaurant. In the afternoon arrive in Verona, check-in at the “Due Torri” hotel and enjoy some free time before dinner and a restful evening. 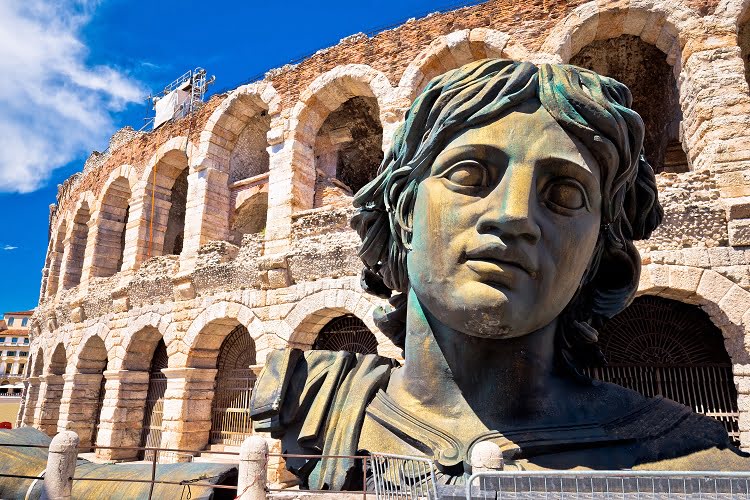 After breakfast, meet with our guide and enjoy a quick cultural and enogastronomic tour of the city. There is no better way to understand Italian history and culture than getting to know its regions local cuisines, and Verona’s typical products are among the best;  during this tour you will both learn about the history of the city and its enogastronomic traditions, and you will taste some important staples of the “Veronese” cuisine accompanied by glasses of local wine! After the city tour and lunch in a characteristic “Osteria”, continue on to an ancient studio where a professional opera singer will introduce you to Italian opera. Do you have a favourite aria for her to sing to you? You just need to ask for your own very special private performance, while savouring hot tea and pastries.  Return to the hotel, enjoy dinner at leisure and rest for the evening. 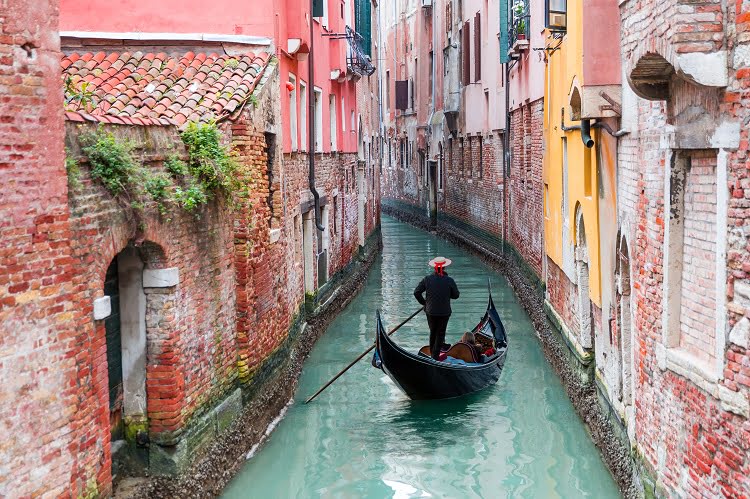 Have breakfast at the hotel, meet with our driver and depart for Venice, check-in at the “Danieli” hotel and take your time to relax. In the afternoon, enjoy a walk through the streets of the city and a characteristic gondola ride with a private guide. At the end of the tour, return to the hotel, where we recommend an aperitif on the panoramic terrace and a dinner in the prestigious restaurant overlooking the lagoon and the islands of San Giorgio Maggiore and Giudecca. In the evening, you will have the option of attending a scheduled performance at the Gran Teatro La Fenice, the main opera house in Venice since 1972 and one of the most prestigious in the world. Return to the hotel, enjoy dinner at leisure and rest for the evening

After breakfast at the hotel, get ready for a private visit to La Fenice, with an expert guide who will lead you to discover its various spaces, from the foyer to the hall. Learn about the history and legends of this decadent Baroque opera house, once the heart of Venetian high society hosting performances by renowned maestros like Verdi, Rossini and Bellini; this unlucky theater has burned to the ground not once, but twice, and has been returned to its former splendor by meticulous restoration work. ‘La Fenice’ means ‘phoenix’ in Italian and is definitively a fitting epithet for this Venetian landmark that has risen from the ashes two times. In the afternoon, enjoy some free time for relaxation and shopping. Return to the hotel, enjoy dinner at leisure and rest for the evening 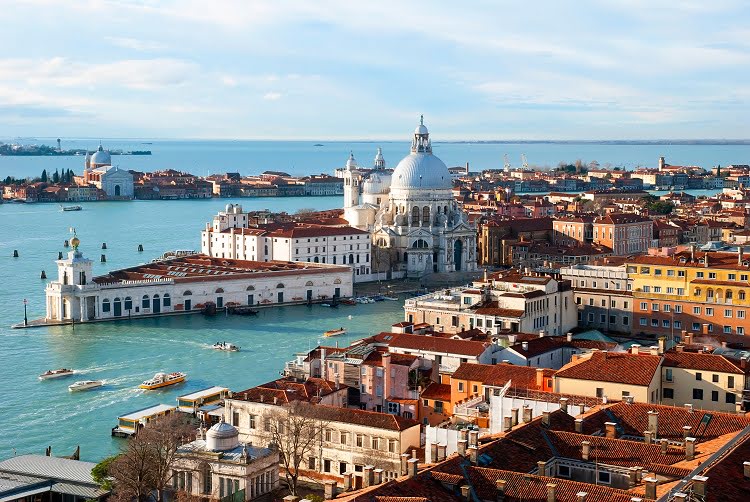