Few Italian regions can boast the same rich, complex historical-cultural stratigraphy of Sicily, the largest island in the Mediterranean, where over the millennia the “autochthonous” Sicans, Phoenicians, Greeks, Romans, Arabs, Normans, none other than the feared Vikings, and again Swabians, French, Spaniards have all resided, living together, coupling up and, sometimes, clashing with each other. A story that has left an inestimable heritage not only artistically and architecturally, but also linguistically, culinarily and folklorically. An open-air book, the ancient Trinacria, which summarizes the entire story of European civilization. 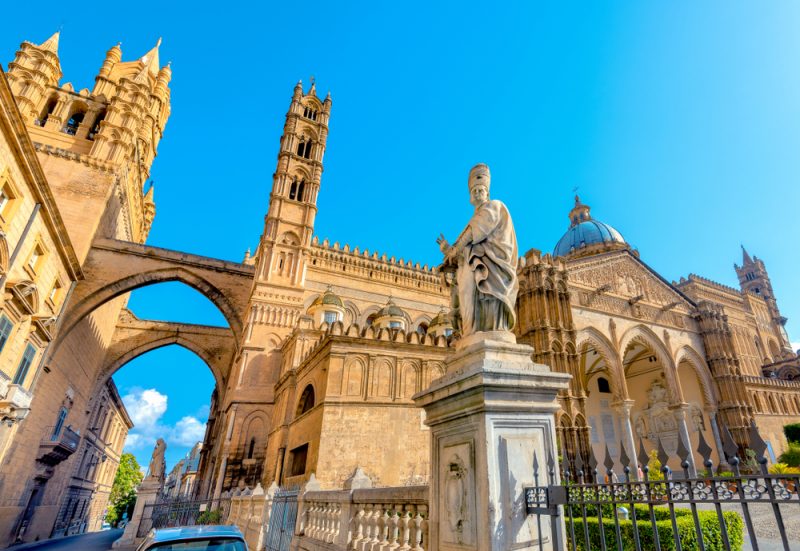 Upon arrival at the airport, meet with our driver and get transferred to the hotel. In the afternoon enjoy a private guided visit of Palermo, a UNESCO World Heritage Site, an Arab-Norman city where the Western-European, the Byzantine and the Islam worlds meet, with wonderful masterpieces of artistic-architectural syncretism, and an itinerary based on its fantastic street-food, ranked fifth in the world by specialized magazines. At the end of the tour, return to the hotel, enjoy dinner at leisure and rest for the evening. 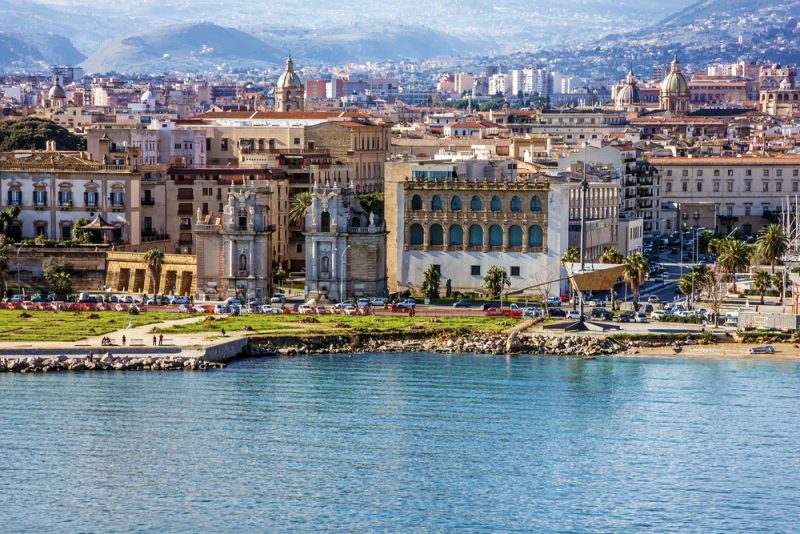 Have breakfast at the hotel, then meet with our driver and depart for a visit to Palazzo Gangi, a munificent eighteenth-century aristocratic residence, a true triumph of Baroque-Rococo, considered the most sumptuous of the whole island. It is no coincidence that Luchino Visconti chose it, in 1963, to set the ballroom of “Il Gattopardo“, taken from the masterpiece by Giuseppe Tomasi di Lampedusa, a historical fresco and, at the same time, an intimate portrait of the Sicilian soul. Restored to new splendor by Princess Carine Vanni Mantegna, the residence today perpetuates its tradition of hospitality, as it used to for past personalities such as King Edward VII or Richard Wagner. At the end of the tour, return to the hotel, enjoy dinner at leisure and rest for the evening. 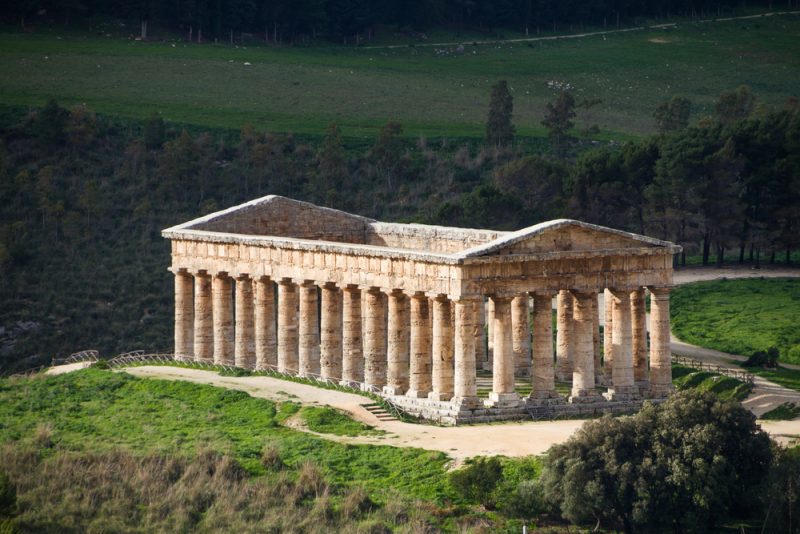 After breakfast at the hotel, meet with our driver and depart towards Segesta, an ancient city of the Elymians, an Italian people who, according to tradition, were descendants of Trojan refugees who fled from Asia Minor after the destruction of their city, and admire the splendid Doric temple, testimony of the influences from the Greek neighbors, massive and tawny, and the Hellenistic theater . At the end of the tour, continue towards Erice, with its Norman fortress that watches over the western corner of Sicily, built on the site of a pre-existing temple dedicated to Aphrodite, mother of the legendary Eryx, king of this territory. The cult of Venus Ericia, as the Romans would have called it, presents an extraordinary continuity, evidenced by an ancient temple, the enclosure and the well where the splendid Olympia, born from the sea’s foam, laid her immortal limbs. After a gourmet stop at the “Signora Maria” pastry shop, return to the hotel, enjoy dinner at leisure and rest for the evening. 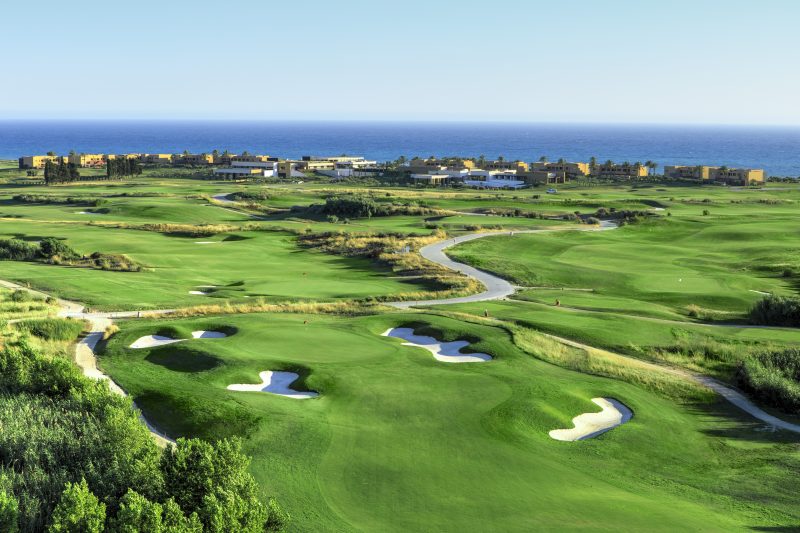 Have breakfast at the hotel, meet with our driver and leave for Sciacca, with a stop in Sambuca di Sicilia for a wine tasting and aperitif at “Planeta’s Winery”, one of the best Sicilian wine’s producers. After arriving at the hotel, relax on the beach or in the magnificent spa. Enjoy dinner at leisure and rest for the evening. 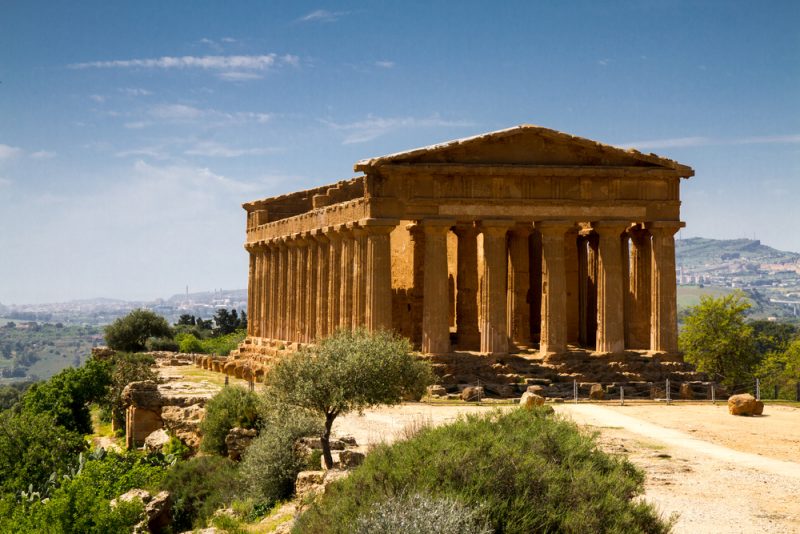 After breakfast in the hotel, enjoy a morning of relaxation in the Spa. In the afternoon, depart with our driver to visit the UNESCO World Heritage site of the Valley of the Temples, near Agrigento. Once you get there, meet our guide, an expert and passionate archaeologist, and visit the eight Greek Temples built between 510 BC and 430 BC. Return back to Sciacca and enjoy dinner at the hotel’s gourmet restaurant, then rest for the evening. 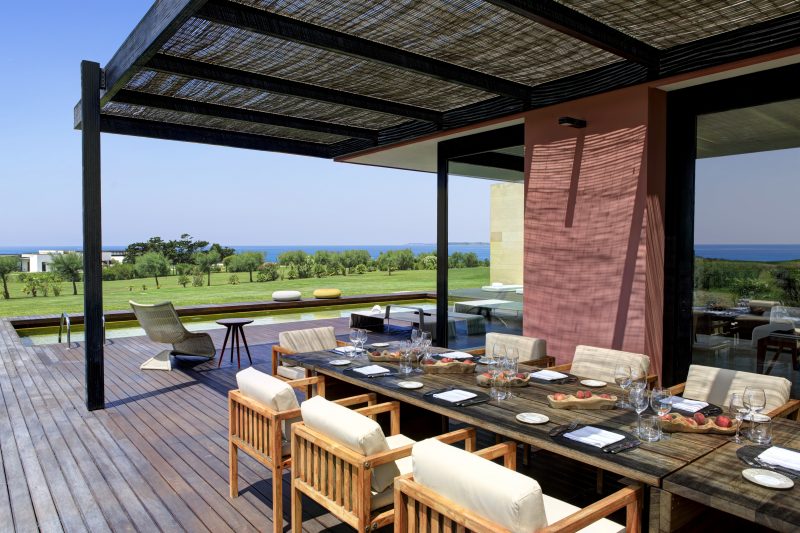 Have breakfast at the hotel, then meet with the Chef for a basic course in Sicilian cuisine, an extraordinary melting pot of influences from the three continents, Europe, Africa and the Asian East. After lunch, spend the afternoon relaxing on the beach or in the spa. Enjoy dinner at leisure and rest for the evening. 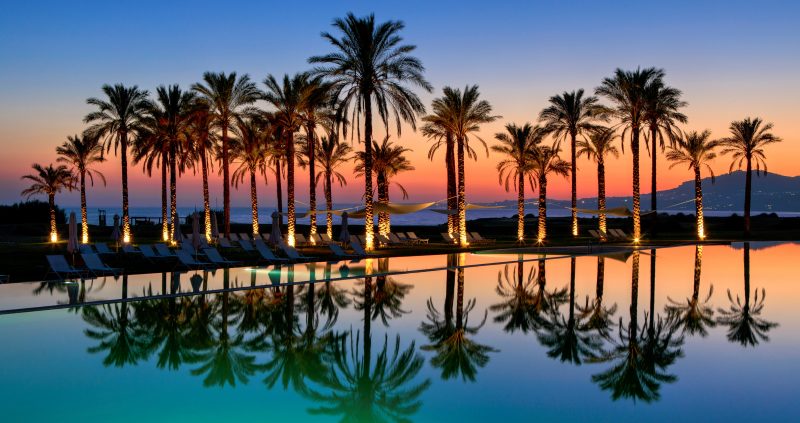 After breakfast at the hotel, enjoy a full day of complete relaxation, and in the evening savour a private dinner on the beach, among the scents of the sea, olive trees, Mediterranean scrub and superfine flavors. 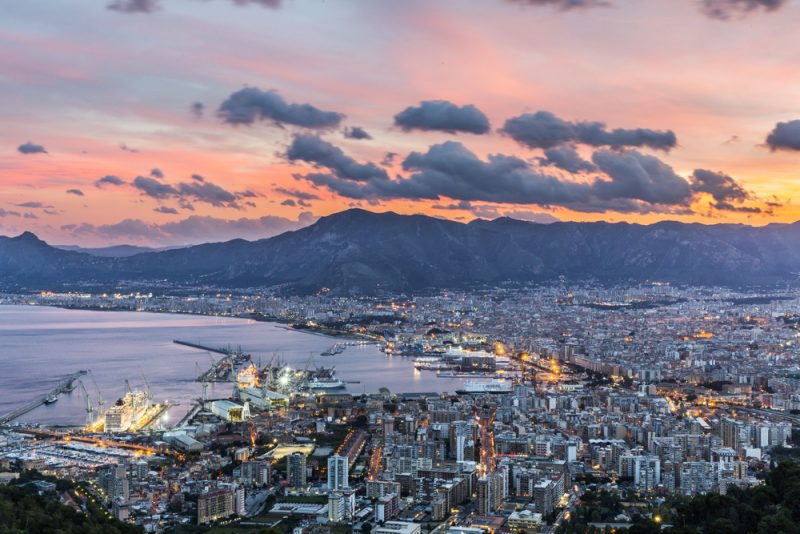